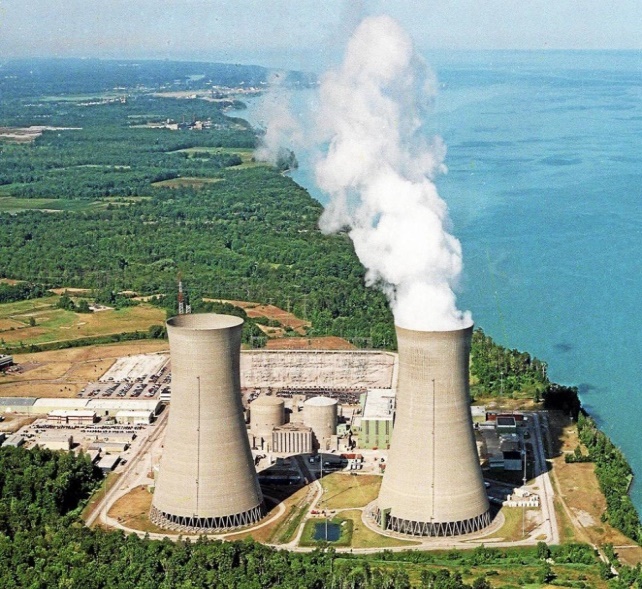 The Perry Nuclear Power Plant is home to a single, 1,300 MW boiling water reactor located in North Perry, Ohio on the shores of Lake Erie northwest of Cleveland, Ohio. Plant construction began in 1974 and the plant received its initial operating license in 1986.

In March of 2018, citing economic considerations, plant ownership announced their intentions to permanently shut down Perry by 2021.

The Perry Nuclear Power Plant is located within Lake County, Ohio. As of 2016:

For the 2018 tax year, Perry’s utility and property taxes will produce approximately $11 million, divided among the Perry Schools, the Perry Fire Department and several other public entities

After Being “Promised Wealth:” What Happens to Perry if the Nuclear Power Plant Shuts Down?

What Happens to Perry if the Nuclear Power Plant Shuts Down?PERRY, Ohio – What’s been called the largest corruption and money-laundering scheme in Ohio history has dominated headlines since last summer. The political back-and-forth surrounding House Bill 6 has led to uncertainty in communities that rely on the two Ohio nuclear power plants caught up […]

Ohio House expected to ax nuclear subsidies in piecemeal repeal of House Bill 6 on Wednesday COLUMBUS – Lawmakers in the Ohio House are expected to repeal a $1 billion bailout for two nuclear plants that federal investigators say was at the heart of a state bribery scandal. In a dramatic shift from 2019, state […]

Towns on edge over nuclear plants after bribery scandal

Towns on edge over nuclear plants after bribery scandal For much of the past four years, the residents of a pair of villages along Lake Erie have been on edge over the fate of their nuclear plants, which generate enough tax money to pay for nicer schools than their neighbors.

Governor would sign nuclear bailout delay bill COLUMBUS – Gov. Mike DeWine said Wednesday that he will sign a bill that could be headed to his desk by week’s end to put off the effects of the state’s …

Ohio lawmakers move to delay nuclear subsidies in scandal-ridden House Bill 6 A key Republican member of the Ohio House of Representatives is expected to introduce a bill that would delay $150 million in annual subsidies from flowing to two Ohio nuclear plants through House Bill 6, the nuclear bailout law that’s at the center […]