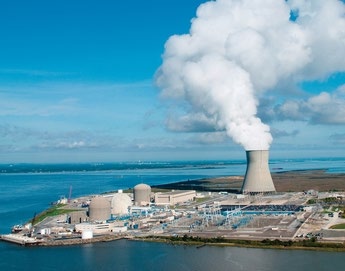 In 2003 (Unit 1) and 2011 (Unit 2), the Nuclear Regulatory Commission granted Salem a twenty-year operating license for both units. Their licensed operational life extends to 2036 and 2040 respectively.

The Salem nuclear power plant is located within Salem County, New Jersey. As of 2016, socioeconomic information is as follows:

Despite state officials’ worries, NJ approves bailout for PSEG nuclear plantsThe New Jersey Board of Public Utilities approved PSEG’s bid for a second round of $300 million in annual subsidies, which it argued is vital to keep its nuclear plants open, in spite of personal reservations and skepticism from several of the state’s commissioners.

What nuclear subsidies will cost ratepayers | NJ Spotlight News The state is poised once again to decide whether to subsidize New Jersey’s three remaining nuclear power plants, but unlike two years ago, the question is not so much about whether ratepayers should fund the program, but how much they should pay.

Are NJ nuclear subsidies optional or essential? | NJ Spotlight News In a reprise of a debate from three years ago over lucrative subsidies to keep New Jersey’s three nuclear power plants from closing, backers and critics squared off over whether to keep charging ratepayers for the $300 million annual payments.

PSEG asks for $300M for South Jersey nuclear plants | NJ Spotlight News Public Service Enterprise Group yesterday filed an application to retain $300 million in ratepayer subsidies annually to keep its fleet of nuclear plants in South Jersey operating. The application, filed with the New Jersey Board of Public Utilities, rekindles a dispute over […]